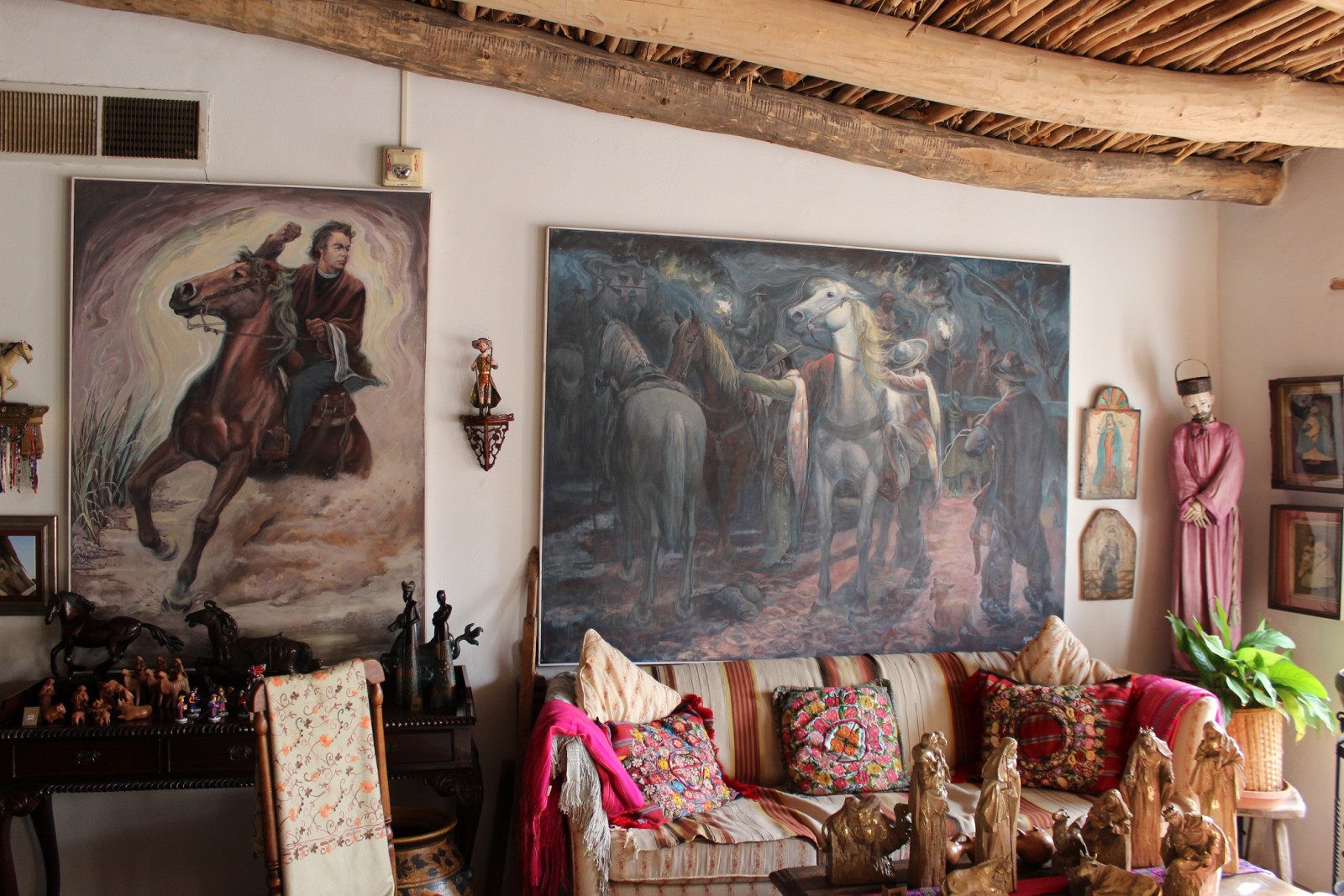 Located on the west side of the historic Mesilla Plaza, the Taylor-Mesilla Historic Property is a rambling adobe structure which consists of two stores separated by a covered passage or zaguán that leads to a large home in the rear. Originally built as two small storefronts on adjoining 60' x 300' lots with residential quarters and outbuildings to the rear, the oldest parts of the buildings were constructed in the late 1850s and over time several structures were combined to create the home as it exists today.

The building to the north of the zaguán was a mercantile operated during the 1850s by Mariano Yrissari and later by Anastacio Barela, both prominent New Mexico traders. Because Anastacio was a Confederate sympathizer during the Civil War, his wife, Rafaela Barela was deeded the store and home and managed the business. Their son, Mariano Barela, who had been sheriff and tax collector of Doña Ana County, operated the business with his mother. The Barela Store, an adobe structure in what is sometimes called the “Territorial” style, is characterized by a triangular parapet and simplified neoclassical details.

The structure to the south of the zaguán, was originally the notions and dry goods department of the Reynolds and Griggs Company, a partnership of Edgar Griggs and Joseph Reynolds. After Griggs died in 1877, Reynolds continued the business that was eventually taken over by his son, Charles. Charles Reynolds rebuilt the store with a stamped metal facade, large plate glass windows, and a metal bracketed cornice that still exists today. On the inside, a U-shaped mezzanine is reached by a symmetrically divided staircase embellished with turned wooden balusters and newel posts. Based on these architectural features, this version of the store post-dates the arrival of the railroad to the area in 1881.

Charles Reynolds bought the Barela Store and home in 1903 and began an extensive refurbishing of the property. He completed the remodeling with borrowed money, including a mortgage from Father Juan Grange, the parish priest of nearby San Albino Catholic Church. In 1913 Father Grange foreclosed on the mortgage and took over the property. Father Grange used the residential area as a rectory and taught catechism to the parish children in the Barela Store. When Father Grange died in 1937, he willed the property to Mrs. Perla Alidib, his housekeeper. Mrs. Alidib and her mother were refugees from the Mexican Revolution who had come to Mesilla in 1910. After inheriting the property Mrs. Alidib operated a mercantile and divided the home into five apartments to supplement her income. The Alidib name can be seen on the metal facade of the Reynolds Store.

In the early 1950s, J. Paul and Mary Daniels Taylor made the first of four real estate purchases from Mrs. Alidib. They moved into the home shortly thereafter and began raising a family. As the family grew- eventually to seven children, the Taylors made a number of changes to make the house more functional. These included removing Mrs. Alidib?s apartment partitions and bringing the rooms back to their original purposes; covering the packed earth floor in the kitchen; and installing plumbing in the rear of the house. In 1972, an L-shaped section of the old barnyard south of the wine room and kitchen was enclosed to make a large family room and a small oratorio. A major rehabilitation project was done in 1982 with the help of historic preservation grants. Work included a new corrugated metal roof, rewiring, plumbing improvements, structural stabilization, and re-plastering of the exterior adobe walls.

A Donation Agreement between the J. Paul and Mary Daniels Taylor and the New Mexico Department of Cultural Affairs was signed in September 2003. In February 2004, under the authority of the Cultural Properties Act, Section 18-6-6 NMSA 1978, the property was set aside for public use and declared a state monument to be known as the Taylor-Barela-Reynolds-Mesilla State Monument. The official dedication of the Monument took place in September 2006. Under the terms of the Donation Agreement, J. Paul and Mary Taylor retained a life estate in the property. Mary Daniels-Taylor passed away in 2007. Mr. Taylor continues to live in the Home.

"The significance of the property and the generosity of the Taylor Family has been recognized throughout the state of New Mexico."