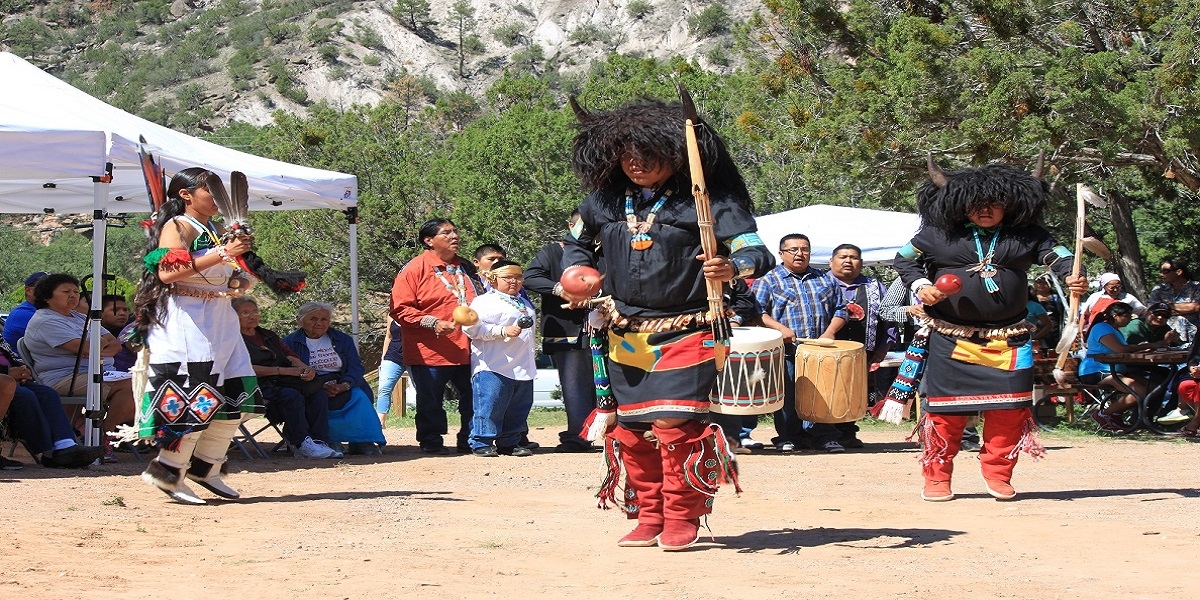 Starting at 10 a.m., the site will welcome visitors for the first time in two years to enjoy traditional Native American dances from Jemez Pueblo dancers, tour the ancestral ruins of Giusewa Pueblo and San Jose Mission, shop arts and crafts, and grab a bite to eat.

Pueblo Independence Day commemorates August 10, 1680, the day the Pueblo people united to drive the Spanish from their homelands. By that time, the Pueblo people had endured nearly one hundred years of colonization, turmoil, and the loss of cultural traditions. Po’Pay, a holy man from Ohkay Owingeh, organized the revolt: he sent runners to each of the pueblos with a knotted cord. Each knot represented a day. When the last knot was untied, the day of uprising had come. The revolt was successful, forcing the Spanish to modern-day El Paso, Texas, and the Pueblo peoples won their independence. While the Spanish ultimately returned in 1692, the revolt was successful in unifying many Native American peoples and winning some concessions from their colonizers.